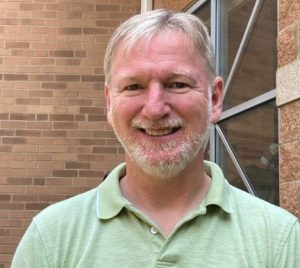 “It is by God’s amazing grace that I have been given this opportunity to serve!” shares Pastor Jody.  God’s grace has always been sufficient, from growing up in Cincinnati to leading him to serve in Chardon.  Jody came to know and follow Christ after being invited to church youth group by some friends from high school. God’s call in his life became real as he began serving the local church and attending Mt. Vernon Nazarene College. While there he met the love of his life, Patti. They married in 1993 and began their beautiful family. They have 3 children:  Sage (son-in-law Trent), PJ and Wes, all residing in the central Ohio area when Wes starts college this fall.  After starting a career in business management, Jody followed his ministry call beginning in youth and children ministries.  He first served at Garfield Memorial United Methodist Church, while pursuing his Master of Divinity at Ashland Seminary. He was then ordained in 2009.  Jody has since served as lead pastor at North Bloomfield United Methodist Church and Wildare United Methodist Church. Jody loves to share God’s love and grace with everyone he meets, whether it’s preaching, on mission trips, developing outreach opportunities, talking and praying with people over a cup of coffee, or even on the basketball court.  He is now blessed to serve with each of you! 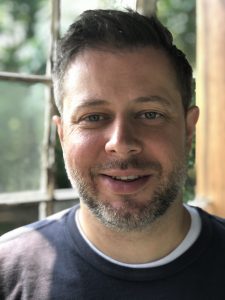 Paul was raised in the tiny village of Jerusalem, Ohio where he religiously attended Jerusalem United Methodist Church.  He was greatly influenced by the southern gospel singers that he was blessed to hear weekly in worship. After high school, Paul left for Athens, Ohio where he Earned a Bachelor’s in Elementary Education from Ohio University and where he met his wife of over 20 years Denise. He also holds a Master’s Degree in Integrating Technology in the Classroom.  He and Denise have three amazing daughters (Delaney, Makenna and Keelie) and two less awesome cats (so much scratching of the furniture). Paul has been teaching middle school for over 20 years, most of which has been at Eastlake Middle School.

In 2006 Paul and some of his favorite people came together to start the STRUCK modern worship service at Chardon UMC. Over the next 12 years, he lead the service and even spent some time as a licensed local pastor.  Paul stepped away from his role as Director of Modern Worship to spend some time focusing on his family and his wife’s growing cookie business (d is for delicious).  In 2021, Paul felt God nudging him back into ministry and as our church was transitioning pastors, the opportunity arose for him to lead worship again. He is humbled and excited for the chance to follow God’s call and help to reflect the light of Christ through song and word. Anita grew up in Middlefield, Ohio where she was a Methodist even before we were “united”.  She started her relationship with God at First Methodist Church in Middlefield. Anita has been crunching numbers and keeping books for nearly 4o years.

Anita has been attending Chardon Church for many years.  She has been involved in small group bible studies, Emmaus Reunions and serving anyway that she can. Keep your eyes open and you will likely see a smile from Anita on Sunday Morning when she is volunteering as a greeter.

Anita recently took on a new position at Chardon United Methodist Church as our Business Administrator.  She now handles both the financial and facility management of the church.   She lives in Chardon with John, her husband of 32 years. 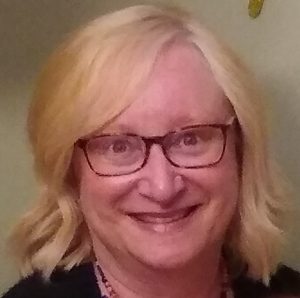 Jodi and her husband, Lynn, met at Oak Hills Christian Church in Butler, PA when they were seven and eight years old. (He was the cute kid in her Sunday school class)! They were best friends as teenagers and both of their families were active in the church. Jodi and Lynn are long time Chardon Township residents, having moved to the area almost thirty years ago. They have two sons, Michael & Stephen. Jodi and Lynn recently celebrated their thirty seventh Wedding Anniversary and enjoy spending time with five grandchildren who live here in Chardon.

Jodi is a Registered Nurse, with experience as an Operating Room nurse and Clinical Instructor. She is also a certified CPR Instructor with the American Heart Association and a small business owner. While she does not have a formal music degree, Jodi played flute and piccolo and studied privately for ten years with a Master’s prepared piano/organ teacher who also had a certificate from Julliard and was well known in the North Pittsburgh, PA area.

Jodi held her first church Organist position at the age of fifteen. She has more than twenty five years of experience as a church musician, having served as Organist or Organist/Choir Director in Lake and Ashtabula county since 1998. She loves finding arrangements of old hymns that breathes new life into them, especially with different harmonies. Her prayer is that others are lifted up through the music each week—whether it’s the “message in the music” being sung or the instrumental music being played. Jodi feels very blessed to be part of the Music Ministry here at Chardon United Methodist Church. 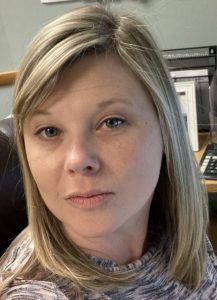 Jennifer is our administrative assistant to the lead pastor. Jennifer was born and raised in Chardon.  She later attended the University of Dayton where she earned a Bachelor’s Degree in marketing.

Jen has more than 10 years of experience in advertising, working in sales as an account executive for the News-Herald and the Good News.

In her free time, Jennifer loves to cook new recipes and is most known for her baking.  She loves the outdoors where she can work in her garden, go for walks and just spend time with her family.  Jennifer lives in Huntsburg with her husband, Bill and her two boys.

Lisa comes to us having 14+ years of customer service experience before being a stay at home mom for 11 years. Lisa started back working for the Geauga County Educational Service Center as an Educational Assistant. She loves to cook and bake and wishes she had more time to complete craft projects. Her favorite place to vacation is Savannah, Georgia. She lives in Huntsburg with her husband and two sons. Linda has served as Director of Music and Youth, and now Director of Adult Music Ministries, for over 30 years at Chardon UMC. She holds a degree in Music Education from Kent State University and is working toward certification in Music Therapy at Baldwin Wallace University.  She also provides vocal and drama training to individuals. Linda has performed in or directed many musicals and plays.  She is involved in district  and conference youth ministries, serving as Western Reserve District Adult Representative. Linda has two children: Emma, who is attending Ohio Northern University, and Connor, who attends Baldwin Wallace University. She loves to travel, especially to historic sites, read, climb lighthouses, and enjoy time with family and friends. Linda shares that “God has blessed me greatly and I want to share that blessing with others.” Kimmy is the Director of Youth Ministry at Chardon United Methodist Church and has completed her Certification in Youth Ministry with an emphasis in Methodism.  Kimmy is a Certified Lay Speaker in our East Ohio Conference and is the North East Regional Youth Coordinator.   Kimmy is a member of the Western Reserve District Lay Servant Committee and is an advance course instructor.  She is a CASA (Court Appointed Special Advocate) GAL (guardian ad litem) for the Geauga County Juvenile Court system advocating for abused, neglected, and at-risk children.   Kimmy is also a member of and the Outreach and Postvention Coordinator for the Geauga County Sheriff Department LOSS Team.  The LOSS Team (Local Outreach Supporting Survivors) arrives on scene alongside first responders of sudden and unexpected loss calls.  The Team provides supports in the now, the next, and the long term for survivors. Kimmy helped establish the Geauga County Bereavement Companionship and Grief Support Group.  She is a member of the Geauga County Suicide Prevention Coalition and is also a NAMI (National Alliance on Mental Illness) Geauga facilitator for the first teen support group offered in Geauga County for youth impacted by suicide and traumatic loss and also teaches the Family to Family support class for supporters and caregivers of people with mental health illness.   Kimmy is a lifelong Geauga county resident and for the last 25 years has lived and raised her own family in Huntsburg.  She is married to her amazing and supportive husband Chuck and has three grown children and two amazing granddaughters.  Their family also operates a small farm raising pork, poultry and laying hens.  Kimmy’s heart’s desire is to make certain every child, no matter their age, knows they are fearfully and wonderfully made by our most loving heavenly Father and they are the “apple of His eye” and have gifts and value that are limitless and eternal.  Every day, every child of God needs to hear and know full well that they are beloved and beYOUtiful! 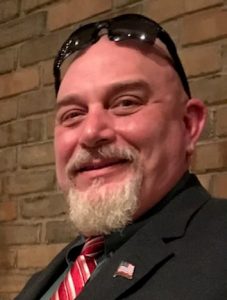 Born and raised on the east side of Cleveland, attended Richmond Heights High School, graduated early to fulfill my dream and serve in the United States Army and was able to honorably retire as a Sargent First Class.

Throughout my career I have been fortunate to have been able to work and interact with people from all facets of life, from training troops in indigenous third world countries to debriefings at the Pentagon with the President of the United States.

After retiring from the military, I went on and obtained my degree in nursing and worked as an emergency room trauma nurse at Mt. Sinai in Cleveland. A few years later I was recruited as a contractor to provide security to our Diplomats and U.S. personnel working abroad.

In 2009 I assumed the role as Executive Director of the Lake Humane Society and spent 5 years building bridges and partnerships so that the Humane Society would flourish and thrive.

I am very active within Chardon United Methodist Church; serving as Lay Leader, Youth Leader, teach confirmation class and am on the Safety & Security Team along with a couple other ministries.  I now reside in Huntsburg, Ohio with my wife Kimmy, we have 4 grown children, 2 grand babies, 2 shepherds and we raise hogs and chickens. For fun you can find me on the water fishing, the range shooting or in my shop woodworking. 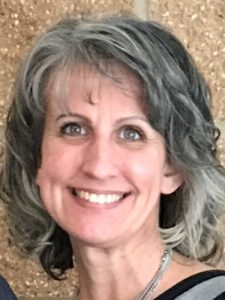 Rochelle grew up in Mentor, Ohio.  She earned a Bachelor of Science in Social Work from Bowling Green State University and after licensing, had used her social work skills with both senior citizens and adults with mental illness.  Since 2004, she has had the opportunity to be a stay-at-home mom while occasionally keeping watch over others little ones during the school year.  Up until the end of 2014, she had been unchurched.  It wasn’t until she attended Cub Scout Sunday with her family at Chardon Church that she began to find her faith.  Since then, her faith has opened many opportunities for her to serve.  She has been involved with the Congregational Care Team, has served on the Leadership Board, teaches Sunday School, and is currently engaged in a new Ministry at the church called Stephen Ministry.  “I am very excited about the potential impact Stephen Ministry can have on our church, in our community, and beyond! I want people to feel the presence of God with them during the most difficult times in their lives.  I want people to experience hope again.  I want others who may be unchurched, as I was, to come to faith through the connections they have made through this ministry.  I know it can happen, and I can’t wait to bring God along as we equip others to bring Christ into caring relationships.”  Rochelle resides in Chardon  with her husband and two boys.  She loves to spend time in nature and in books.  She enjoys exercising, dabbling in interior design, and anything else that catches her interest.  She is a learner of life. 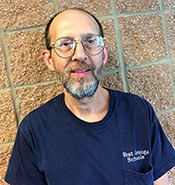